Written by: The Yass Phoenix

Each year on the 25th April we commemorate Anzac Day. This date is the anniversary of the day Australian and New Zealand soldiers landed on the beaches of Gallipoli in 1915 as part of the Allies’ invasion. We recognise more than 1.5 million men and women who have served Australia in all conflicts, wars and peacekeeping operations. It’s also a time to remember some 102,000 Australians who lost their lives while serving.

Australians commemorated the first Anzac Day on 25 April 1916, which was 12 months after the first landings on Gallipoli. The anniversary has been observed every year since, except when Australians felt themselves threatened by invasion in 1942 and during the last two years of the COVID-19 pandemic.

The 2022 Yass ANZAC Day commemoration service and wreath laying ceremony was attended by approximately 1,000 people last Monday. The ceremony began with the march which was led by our oldest veterans in vehicles, followed by a contingent of soldiers from the Royal Military College, Duntroon, representatives from the NSW Police, Ambulance, SES volunteers, and children from our local schools. The ANZAC Day address was delivered by Colonel Neil Turner (retired), and the following prayers were delivered by past and present service personnel: Prayer for peace, A prayer for those who suffer because of war, For those who serve, Prayer of remembrance. “Amazing Grace” was then sung by all. The number of wreaths were plentiful and showed the respect that the community has for our service men and women. After the Last Post, a minute’s silence was observed, which was followed by Rouse, a benediction, and the singing of the Australian National Anthem.

The following poem, “We’re All Australians Now” by A.B. (Banjo) Paterson is offered to provide insight into how our nation was forged as a result of the sacrifice forged at Gallipoli. It was first published as an open letter to the troops at The Dardanelles, 1915.

Australia takes her pen in hand
To write a line to you,
To let you fellows understand
How proud we are of you.

From shearing shed and cattle run,
From Broome to Hobson’s Bay,
Each native-born Australian son
Stands straighter up today.

The man who used to “hump his drum”,
On far-out Queensland runs
Is fighting side by side with some
Tasmanian farmer’s sons.

The fisher-boys dropped sail and oar
To grimly stand the test,
Along that storm-swept Turkish shore,
With miners from the west.

The old state jealousies of yore
Are dead as Pharaoh’s sow,
We’re not State children any more —
We’re all Australians now!

Our six-starred flag that used to fly
Half-shyly to the breeze,
Unknown where older nations ply
Their trade on foreign seas,

Flies out to meet the morning blue
With Vict’ry at the prow;
For that’s the flag the Sydney flew,
The wide seas know it now!

The mettle that a race can show
Is proved with shot and steel,
And now we know what nations know
And feel what nations feel.

The honoured graves beneath the crest
Of Gaba Tepe hill
May hold our bravest and our best,
But we have brave men still.

With all our petty quarrels done,
Dissensions overthrown,
We have, through what you boys have done,
A history of our own.

Our old world diff’rences are dead,
Like weeds beneath the plough,
For English, Scotch, and Irish-bred,
They’re all Australians now!

So now we’ll toast the Third Brigade
That led Australia’s van,
For never shall their glory fade
In minds Australian.

And with Australia’s flag shall fly
A spray of wattle-bough
To symbolise our unity —
We’re all Australians now. 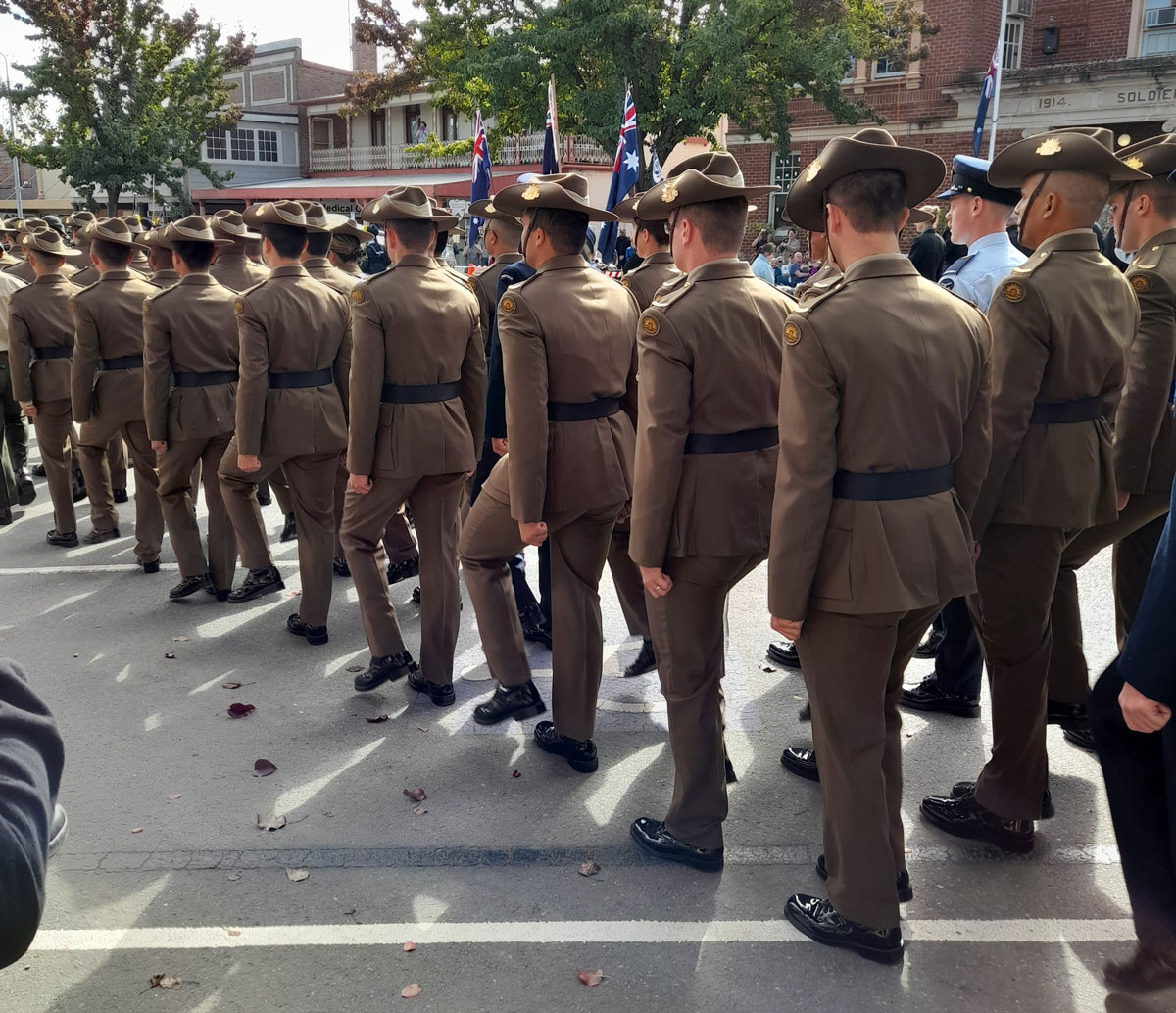 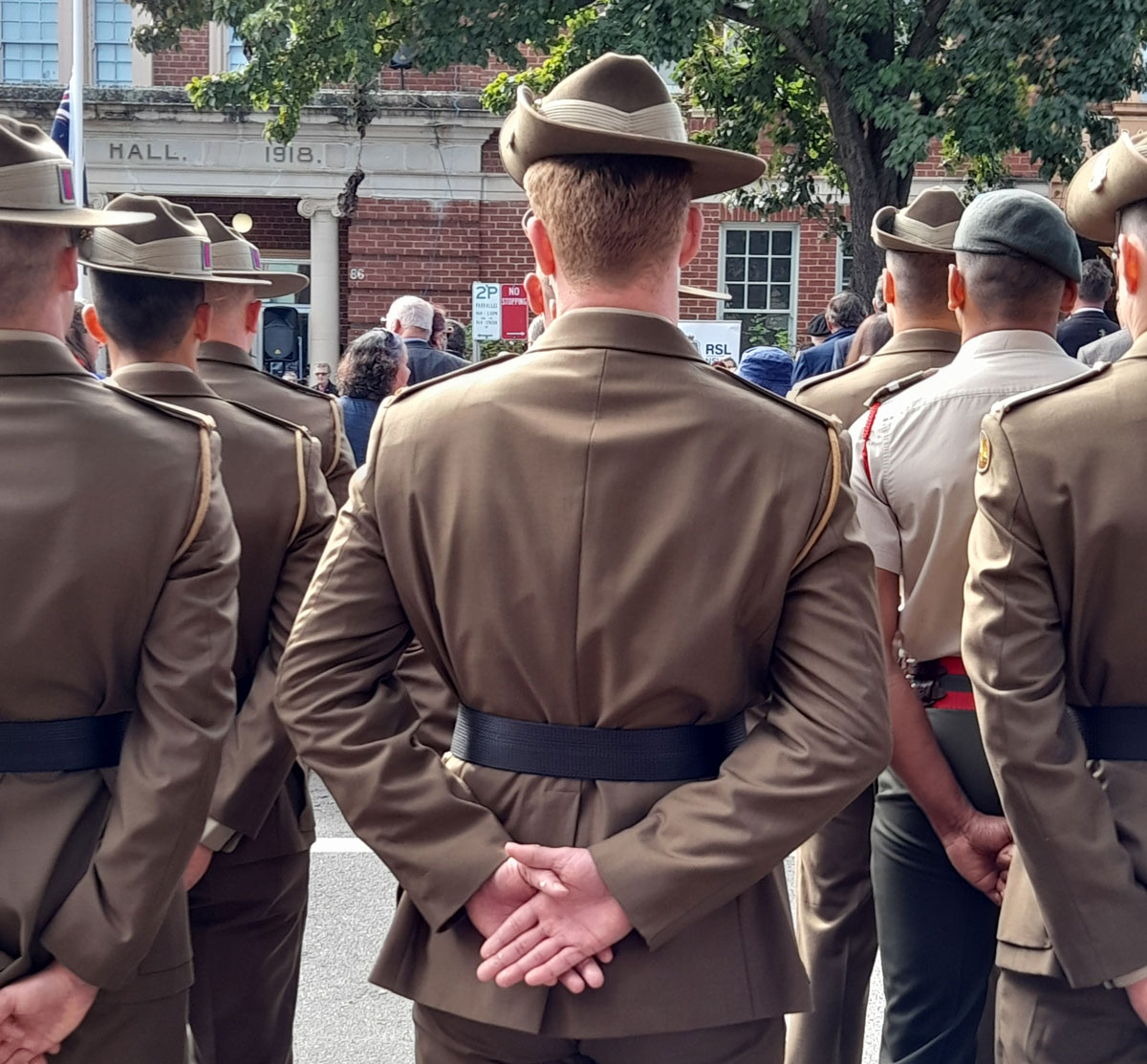 Yass News to your inbox

Sign up now for the latest news from the Yass area direct to your inbox.

“Get Back in the Game” Program for Young People

All aboard for this wonderful event! Transport for NSW and Southern Tablelands Arts are hosting a family open day to…

The Goulburn electorate will receive more than $6,980,000 to improve safety in school zones as part of the $40.8 million…

We are always looking for new articles of interest to the local community.

Please feel free to submit an article for possible inclusion in a future issue.

To submit an article, click here to use our online article submission form.